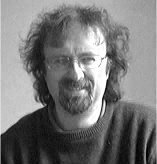 John Alderman Consultant (UK) was awarded a BSc in Chemistry from Bristol in 1978 and while working at Plessey Research (Caswell) (1978-1990) was awarded MSc in Microelectronics from Bangor, University of Wales in 1982. After 12 years developing processes for integrated circuit fabrication he joined the NMRC (later Tyndall National Institute) in 1990 where until the end of 2000 he has collaborated on the development of MEMS and micro systems based "smart sensors" and “Lab-on-a-chip” techniques for chemical and biological sensing applications. He was a member of the co-ordinating board of the initial phase of NEXUS between 1992 and 1995 focused on the promotion of the emerging Microsystems developments and for 4 years between 1996 -1999 he acted as the Irish contact as part of the EU Europractice MST initiative for the promotion of awareness and aid in the source of supply of these new developments to industry. From the beginning of 2001 until 2010 he set up and ran a Bionics team specifically looking at the possibilities to be derived from direct interaction between the cellular and microelectronic worlds and was one of the founders of the greater Life Sciences Interface grouping in the NMRC/Tyndall. Projects included a neural array pick up using ISFET’s and micro electrodes with direct cellular cultures, structures and micro chambers for cellular culture monitoring and several biomedical orientated devices such as improved coils for inductive coupling in an implantable drop foot stimulator, cuff electrodes for nerve stimulation / recording and the fabrication of flexible retinal stimulation devices. He has had several of his patents licensed to spin out companies (e.g. Luxcel and SensL).