The course aims to give the attendants a basic knowledge about the state of the art of CMOS image sensors. In the first part of the course, the main accent will be placed on the fundamentals of the imaging function : starting from the basics of the photodiode and photogate (in which the incoming photons are converted into electrons), till the digital signal out (being the actual video output of the sensor), the complete image sensing process will be covered. Part of the course will be taught by means of hands-on exercises.

The course is structured to appeal to a wide range of R&D staff, marketing and business development managers, as well as to engineers from institutes and companies active in image acquisition field. 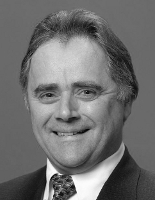 Albert J.P. Theuwissen received the degree in electrical engineering from the Catholic University of Leuven (Belgium) in 1977. His thesis work was based on the development of supporting hardware around a linear CCD image sensor. From 1977 to 1983, his work at the ESAT laboratory of the Catholic University of Leuven focused on semiconductor technology for linear CCD image sensors. He received the Ph.D. degree in electrical engineering in 1983. His dissertation was on the implementation of transparent conductive layers as gate material in the CCD technology.

In 1983, he joined the Micro Circuits Division of the Philips Research Laboratories in Eindhoven (Netherlands), as a member of the scientific staff. Since that time he was involved in research in the field of solid state image sensing, which resulted in the project leadership of respectively SDTV- and HDTV imagers. In 1991 he became Department Head of the division Imaging Devices, including CCD as well as CMOS solid state imaging activities.

He is author or coauthor of many technical papers in the solid state imaging field and issued several patents. In 1988, 1989, 1995 and 1996 he was a member of the International Electron Devices Meeting paper selection committee. He was coeditor of the IEEE Transactions on Electron Devices special issues on Solid State Image Sensors, May 1991, October 1997 and January 2003, and of IEEE Micro special issue on Digital Imaging, Nov./Dec. 1998. He acted as general chairman of the 1997 and 2003 IEEE International Workshop on Charge-Coupled Devices and Advanced Image Sensors.

In 1995, he authored a textbook "Solid-State Imaging with Charge-Coupled Devices". In 1998 he became an IEEE distinguished lecturer. In March 2001, he became part-time professor at the Delft University of Technology, the Netherlands. At this University he teaches courses in solid-state imaging and coaches Ph.D. students in their research on CMOS image sensors. In April 2002, he joined DALSA Corp. At this moment he is the Chief Technology Officer of DALSA Corp. He is member of editorial board of the magazine "Photonics Spectra", an IEEE Fellow and member of SPIE.